Last week I was among the countless people who were shocked and saddened to read David Zurawik’s article in the Baltimore Sun about the end of Urbanite magazine. If you’ve lived in Charm City long enough, you’ve definitely seen Urbanite magazine’s imprint around town. Whether you picked up a copy in your favorite eatery or watering hole, or if you curled up with the latest copy during an extended visit to Panera Bread or Starbucks. Urbanite is broad, ambitious and it symbolizes what is right and what is possible in Baltimore. Each month’s issue focused on a theme that celebrated and explored the potential for change in Baltimore.

I’ve been an avid reader of Urbanite since it first hit the stands almost 10 years ago. I have a stash of dog-eared Urbanite issues in my I-cannot-part-with-this-just-yet pile of magazines. Urbanite is Baltimore, and Baltimore is Urbanite. It wasn’t slick and pretentious, but rather gritty and real. Its vibrancy reflected that of its readership, and that’s what made Urbanite more accessible than other local publications. I could open an issue and see familiar names –those of fellow writers, faculty and classmates from Hopkins — in the bylines.

I took the plunge in 2008 and submitted a piece to Urbanite’s “What You’re Writing” feature (using my maiden name). You can read it below. (According to Zurawik’s article, Urbanite’s website will be shut down any day now, so I wanted to capture it for posterity.)

Sun columnist Lionel Foster wrote fitting tribute to Urbanite magazine and its staff in the paper last Friday. Reading his piece reminded me of how deep the connection was between the magazine and the city, and how much of a void that will be left in its wake.

Urbanite publisher Tracy Ward told the Sun that the possibility that Urbanite might return one day does exist. Perhaps we should not say goodbye just yet, so I think it’s more fitting to say thank you, Urbanite.

END_OF_DOCUMENT_TOKEN_TO_BE_REPLACED

If you live in the DMV and have never been to the Baltimore Book Festival, then you need to head to Baltimore’s Mt. Vernon neighborhood this weekend to see what the fuss is all about.

From author appearances and book signings, to cooking demos, open mic opportunities, historical tours, storytelling, street performances, music and food, there is something for everyone at the Baltimore Book Festival.

To check out the full lineup of authors, performances and events (including the City Paper’s super cool Book Swap), check out the Baltimore Book Festival’s website.

Check out these highlights from last year’s Baltimore Book Festival… 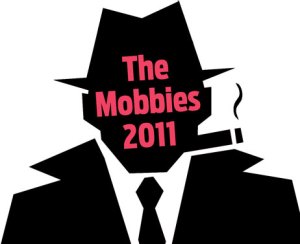 I have been nominated for The Baltimore Sun’s 2011 Mobbies in the Best Personal Twitter category! A vote for me is a vote for lower taxes, lower crime rates, more holidays and more breakfast!